You are here: Home / Pictures / Friends 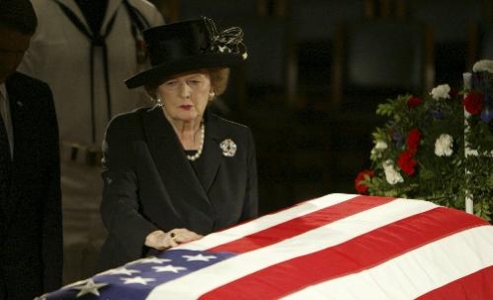 President Reagan was one of my closest political and dearest personal friends.

He will be missed not only by those who knew him and not only by the nation that he served so proudly and loved so deeply, but also by millions of men and women who live in freedom today because of the policies he pursued

Ronald Reagan had a higher claim than any other leader to have won the Cold War for liberty and he did it without a shot being fired.

To have achieved so much against so many odds and with such humour and humanity made Ronald Reagan a truly great American hero.