The end of the year brings us the changing of the calendar from one year to the next. Another year older, another step or two in our lives, a few friends lost, new friends gained.. perhaps some accomplishments behind us – and our dreams ahead.

The new year has always been a time of great reflection for me – an occasion of sorts where I look back upon what has been wrought in my life and make a belated attempted to make sense of what has transpired – be it good or bad.

As I’ve said before, some things this year I have handled poorly – some with grace – but always with an eye on being a better person than I was the year before.

This year has been a tough one for the President of the United States, George W. Bush. Hampered by a Democratic Congress intent to block or take credit for anything positive – the President was able to sell a surge strategy that appears to be working with US troop deaths down for the last seven consecutive months. The level of commitment required from our civilian and military leadership was apparent, however, when General David Patraeus stated that “We’re not doubling down here. We’re all in.”.

We also witnessed the real beginnings of Presidential politics, if one could call it that, this year with the official launch of the 2008 Presidential campaigns. As I write this, the Iowa caucuses are just a few days away… and that means that the primaries aren’t far away either. For the first time that I can remember, both races for the nomination are wide open. But I’m already sick of the campaign season – and still haven’t selected a candidate that I feel is worthy of my support.

Much can happen between now and November, however. It will at least be interesting – if we don’t tune out. Both of which are possible.

In April, I “competed” in my first bicycling event, along with two co-workers. We did the 30 mile course of the Minnesota Ironman in what I thought was a reasonable period of time. It was my first time riding in a Peloton with a few hundred of my closest friends. I’m looking forward to the race next year… 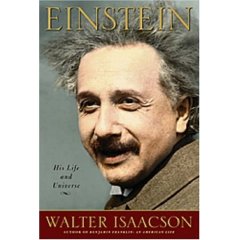 As many of you know, I love to read. The best book I read in 2007 was Walter Isaacson’s biography of Albert Einstein. While I have studied Einstein’s theories in high school and college, I was not aware of all of the struggles of his life and the backstory of how he came to the United States. The most important lesson I learned from Einstein’s book is that one cannot attempt to solve the problems confronting them if they choose to be bound by the constraints that are in place at that time. Einstein’s development of the theories of relativity came about in part because he refused to follow what were the accepted practices in physics at that time.

September brought about the sixth anniversary of September 11th – even six years on a painful day for many to remember. I referenced back to what I had written three years ago:

In the end, I think we all have the responsibility to remember what happened that day – to us – to our fellow man – here in our own country.

A few weeks ago, while having coffee with a peer in Minneapolis, our conversation steered towards the impact of September 11th on our lives – both personally and professionally.

She pulled out her PDA – tapped on it a few times – and spun it around so that I could read it. 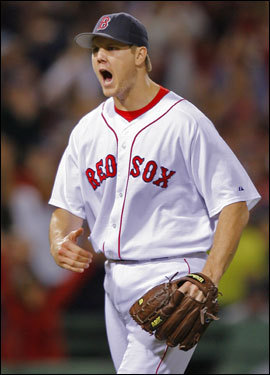 October brings us the fall classic. Once again, my team did not let us down – coming from behind in the American League Championship Series to sweep the Colorado Rockies in the World Series.

It’s nice to be able to enjoy the successes of a team that has broken my heart so many times in years past.

All of this comes with being a member of Red Sox Nation.

As we age, we lose friends and family members – some from our small nuclear or extended families – and others from the larger community in which we live.

David Halberstam died back in April of this year. A Pulitzer prize winning biographer & author, Halberstam died in a car accident while working to research an upcoming book. His final book, The Coldest Winter – a look at the Korean War, was published just a few months ago. I’ll miss the books that he never had a chance to write. 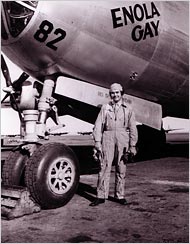 November brought us the death at age 92 of Brigidier General Paul W. Tibbetts. The New York Times tells the story:

In the hours before dawn on Aug. 6, 1945, the Enola Gay lifted off from the island of Tinian carrying a uranium atomic bomb assembled under extraordinary secrecy in the vast endeavor known as the Manhattan Project.

Six and a half hours later, under clear skies, then-Colonel Tibbetts, of the Army Air Forces, guided the four-engine plane he had named in honor of his mother toward the bomb’s aiming point, the T-shaped Aioi Bridge in the center of Hiroshima, the site of an important Japanese Army headquarters.

At 8:15 a.m. local time, the bomb known to its creators as Little Boy dropped free at an altitude of 31,000 feet. Forty-three seconds later, at 1,890 feet above ground zero, it exploded in a nuclear inferno that left tens of thousands dead and dying and turned much of Hiroshima, a city of some 250,000 at the time, into a scorched ruin.

Colonel Tibbetts always believed that he had done the right thing – saying later in life that “I have been convinced that we saved more lives than we took. It would have been morally wrong if we’d have had that weapon and not used it and let a million more people die.”. 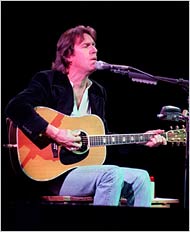 And a few weeks ago, we learned of the death of Dan Fogelberg, a soft-rock artist that I remember well from my youth. Fogelberg died at home after a long fight with prostrate cancer. His song, Leader of the Band, is one that has resonated with me over the years:

My life has been a poor attempt
To imitate the man
Im just a living legacy
To the leader of the band.

I’ve much to be thankful for as the year comes to an end. Friends. Family. Work. Fun. Games. I continue to be awed at the courage of men and women in a variety of roles around the world.. and I continue to be inspired by my fellow bloggers. On this, the last day of the year, Lex reminds us about General George Washington, and why we are fortunate that men like him walked this earth.

As far as this blog goes, 2007 brought about my return to the world of personal blogging after almost a year and a half of silence with this post on Memorial Day remembering those that had given their all so that we might live in freedom. And perhaps, at the end of the year, their sacrifice is the one lesson that we should always remember. Some, of course, can’t seem to grasp what that lesson is.

I hope that you and yours have a safe & happy new years. I’m looking forward to the challenges & laughs that 2008 will bring to each of us.