You are here: Home / Family / The Honda Civic Hybrid

Two weeks ago, while making my normal morning commute into Boston on MA Route 24 in a bit of rain, I managed to rear end a Ford F-150 Truck. The resulting crash, while at a very low speed, caused around $3000 in damage to my 1999 Toyota Prius and the Honda Civic Hybrid. Yup, you got it. Hybrid.

Gas prices here in Massachusetts are at $2.20 / gallon right now. A quick review of the financials on the Civic showed that I’d get a $1500 tax credit for buying the car and would save around $2100 annually on gas. that’s a pretty easy sell for me – even if the car was more expensive than I’ve been paying for cars over the last ten years.

The Prius was nowhere to be found – turns out that there’s only three for sale in the state right now – none close to me and not a one in the color or option combination that I’d be interested in.

My local Honda dealer in Raynham, Massachusetts, Silko Honda, called me a few hours after my initial inquiry via Honda’s Website and we made arrangements for me to meet with a salesperson. Once there, I don’t mess around. I hit my questions, went on a test drive, and bought the car.

I brought her home on Sunday: 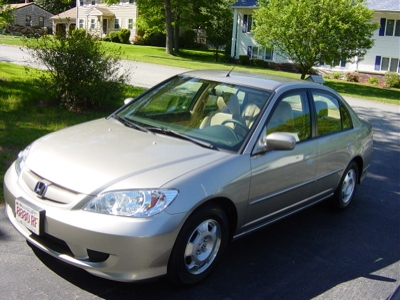 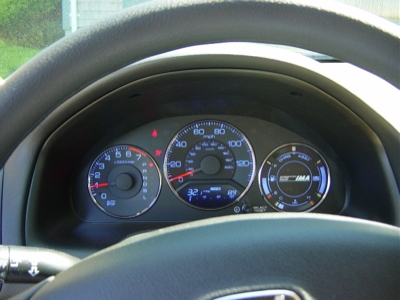 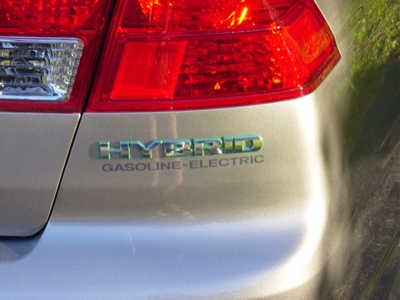 So far I’ve driven 31 miles around town and averaged 44.6 miles per gallon. Not a bad start to my new life as a Honda Civic Hybrid owner.