Family, friends and the law enforcement community gathered Thursday to mourn the death of Butler University Police Officer James L. Davis Jr. by celebrating his life — a life grounded in family, faith and a commitment to helping others.

The emotion-packed “homegoing” at Mount Carmel Baptist Church marked the second time in five weeks that Indianapolis said goodbye to a police officer killed in the line of duty.

Davis — “JJ” to family and friends — was fatally shot Sept. 24 in a confrontation on the Butler campus involving a man with a history of mental illness.

He was buried in the Heroes of Public Safety section at Crown Hill Cemetery next to the fresh grave of Indianapolis Police Department Officer Timothy “Jake” Laird, 31, who was killed in the line of duty Aug. 18.

Davis, 31, was remembered at the two-hour funeral service as a dedicated family man who believed in education, the goodness of others and the glory of God.

“Officer Davis, we are going to miss you,” Mount Carmel Pastor Theron D. Williams I said during a 35-minute eulogy. “Your life, like a swelling river, has overflown its banks and rushed over us.”

The evil that led to the two police shootings, Williams said, should not make officers question their chosen profession or retreat from their duties. Instead, he challenged the men and women in uniform to press on in honor of Davis.

“Can God count on you to serve and to protect?” he asked.

“Reverend Williams — I do want to say yes,” said Turner. “Both you and God can continue to count on us to keep doing our job.” 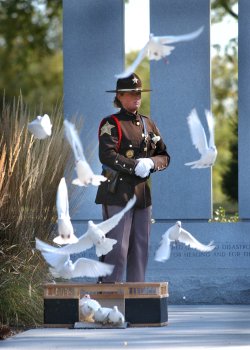 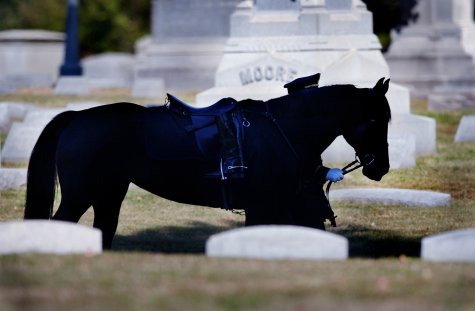 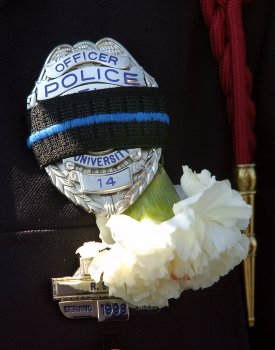