In Boston’s Old Granary Burying Ground near the Boston Common lie three of the five Massachusetts men who signed the Declaration of Independence. John Adams, cousin of Sam, lies six miles to the south in Quincy, Massachusetts next to his son – both Presidents of the United States. 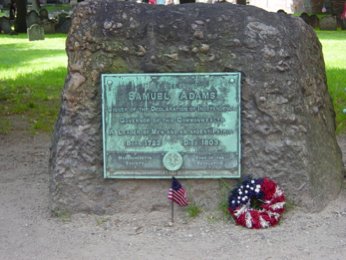 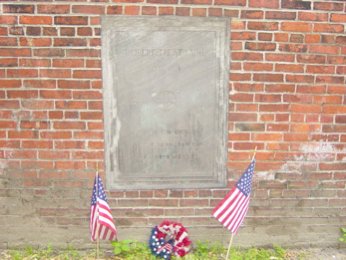 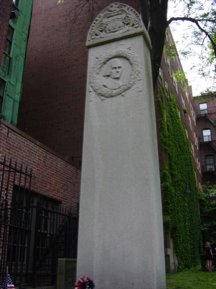