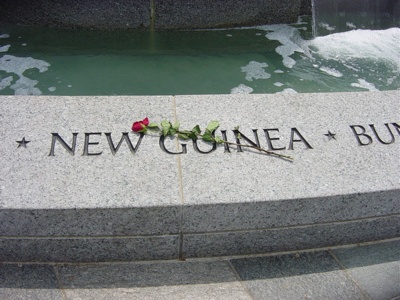 My funeral duty has taught me a lot. The cynicism with which some people view politicians doesn’t square with what I’ve seen. Oregon Gov. Ted Kulongoski and Mike Gregoire, husband of the governor of Washington, attended just about every funeral I went to in their states. Absent the media or official entourages, they personally expressed condolences to grieving families. I’ve learned that the Patriot Guard Riders motorcycle club may seem unconventional, but its members’ patriotism and sincerity are undeniable.

And I’ve learned that war most often claims the lives of young kids who go out on patrol day after day, night after night. They go because they are good soldiers led by good sergeants. They go with a singular purpose: to not let their buddies down. Each soldier we lay to rest shared that goal. They kept faith with their comrades, even in the face of danger and death. That is the most humbling lesson of all.

For all those that have given their lives – or sacrificed in other ways – for their friends, their comrades, and their buddies around them at that awful moment… but most importantly for the freedom of total strangers like my family and I – know that today you are never far from our thoughts.