You are here: Home / Archives for Retail

The Design Blog at the Walker Art Center here in Minneapolis has a great story up featuring the design of our Target stores – the interview features Target’s Rich Varda, Senior Vice President of Store Design.

Rich Varda: RV: I think most people expect, because of their everyday experience, that retail architecture is the least expensive box you can have with some kind of pasted-on façade. It is very visible, but not a building of substance—a building of temporary qualities. It is certainly our objective at Target that not only are regular stores, but also modified and unique stores are buildings of substance—that the materiality, the form, and the function have been thought about and they all work together. It is not the least expensive possible box with a façade tacked onto it. I suppose to make a grandiose leap; Saarinen comes from that Finnish background that design should infuse every aspect of life. It is practically a national sport in Finland. It is fabulous to experience when you are there. Cranbrook represents that too. I think Target in a way has that same kind of spirit. The “Design for All” attitude asks why can’t good design infuse every aspect of life—from a Michael Graves toilet brush to utensils to furniture to buildings. That is what is expected as our brand, and our CEO supports that.

It was ten years ago next week that I was first promoted into a position where I was a leader of others.

Sure, I had been in positions of responsibility before. As a young man, my peers selected me as Patrol Leader in my Boy Scout Troop. Later, I was selected as the Senior Patrol Leader. It was a difficult and humbling experience to be responsible for other people. It was certainly not easy.

I earned my spending money as a teenager by umpiring softball games each night at the city park – and then, after turning eighteen, by refereeing basketball and volleyball games as well. Hell hath no fury like that directed at a referee in an Indiana High School Basketball game. But I digress.

Ten years ago next week I was promoted to lead a small team of men and women in Columbus, Indiana. And that was the beginning of quite an adventure. A year and a half later, I found myself without a team in Baltimore, Maryland as an investigator. And then, not even a year later, thrown to the wolves in New Jersey leading a much larger team that spanned several store locations. Then a year in Cleveland.

And then in 1999, we packed up and moved to Boston. And we’ve been here ever since.

When I arrived in Boston in January 1999, I was one of only a handful of employees of my company north of New York City. We were the vanguard that established the base, hired the people, trained the teams, and then started up a huge operation. Now there are thousands of us – and we’re still growing.

There have been tough spots along the way – stupid mistakes that I made, silly things I did, and dumb acts I committed that got me in hot water. But it was all for a good cause – and we’ve had a blast doing it. But now it’s time to move on.

Eight years in the same position and six years in one place is a long time – I stayed here for personal reasons, but also because it was fun. As a history buff, it’s tough to pull away from the place where our forefathers first marched against the British.. to walk the trail where Paul Revere road.. to stand at the bridge where the minutemen first confronted the British under arms.. to walk the deck of the USS Constitution.. to stare with respect at the grave of Sam Adams, and John Hancock, and many others….

On Thursday, I was promoted to a new position at our headquarters in Minneapolis. In less than two weeks, I head up into the great white north to take on an entirely new challenge: staffer. I’m going to be a project manager of sorts working on a couple initiatives. I’ll be commuting back and forth for a few months and then relocating permanently.

For ten years, I’ve led teams. Now I’m just going to be a part of one. That’s going to be a major change. No more office, now I’ll be in a cubicle. Gone is the casual dress code, back into suit and tie… things are certainly going to be different….

I expect the work to be difficult, highly challenging, creative, and have a major impact on what we’re doing. And that excites me. There are few feelings quite like taking a vision, breaking it down, and building that into something that we can execute – and that’s going to be alot of what I do in my new role. And I’m really looking forward to it.

But I will always miss my team. There’s never been a challenge in my life quite like leading a group of talented individuals. But I am so much the better for having worked with them. I’ll always be proud to have been a part of their team.

Sears says Padilla’s experience in department-store and discount environments, and in mall and non-mall formats, will help growth “on all fronts.” He’ll report to Chairman and Chief Executive Alan Lacy.

Great move for Sears – will be interesting to see what happens.

The Associated Press, via Yahoo! Finance is carrying this report about my employer:

U.S.-based Target Corp. may be nearing a deal to buy part or all of Canadian retailing giant Hudson’s Bay in a deal that could be worth nearly $860 million, according to a published report.

The Globe and Mail newspaper reported Friday that the two companies are in advanced discussions, citing unidentified sources who said a deal could be announced within the next two weeks — although talks could also still break off.

The newspaper also said that Target, which is based in Minneapolis, was expected to offer as much a $857 million if it bids for the entire firm.

I’ll point out, as always, that I do not speak for my employer – and I post this only as a reference to this news article. 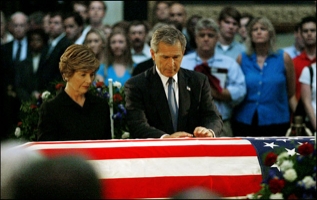 I am fortunate to work with many great people on my team and my peer group. They are among the best leaders, investigators, and analysts I’ve ever seen in my long career working in retail loss prevention.

The Boston Globe carries an article in today’s edition highlighting a recent case that we’ve had:

After a 10-week investigation initiated by corporate security experts for local Target stores, police believed that Mousli was printing fake stickers that allowed him to buy items for much less than their actual price and then reselling them, possibly on eBay, officials said.

Mousli came to the attention of security in the Watertown Target store in April when he was spotted taking hundreds of dollars of electronic equipment to a cash register, only to have it ring up for less than $47.

But this case led to something much more interesting than normal:

Somerville and Revere police raided the Orvis Road home of Hammam A. Mousli, 45, at about 6 p.m. Wednesday, expecting to find computers, printers, and other equipment they believed Mousli was using in a sophisticated scheme to buy merchandise using fake UPC code stickers, said David Procopio, a spokesman for the Suffolk County district attorney’s office.

But they found much more, prompting them to arrest Mousli and call in federal antiterrorism investigators, according to two law enforcement officials who both spoke on condition of anonymity.

Investigators also found two pictures of bin Laden among Mousli’s belongings, including one from an Arabic-language newspaper, and two guns, including a .38-caliber Smith & Wesson revolver and a .22-caliber Winchester rifle, the officials said.

That swelling feeling in my chest? Pride, baby. Pride.